I will be giving a presentation at BizNite on July 14th. More info here.

My topic will beÂ “WorkVitamins: Why creativity in the office just works”. I will be explaining what WorkVitamins are and showing some case studies of recent projects.

Please note the new location. Hope to see many of you there!

I have recently started to use Issuu and made this little digital book of our office. Pretty cool.

In 1990 while waiting for a river boat to take me into Guatamala, I played a game of chess with a Danish guy who was waiting as well. The setting could have come straight out of a Werner Herzog film, the borderpost was nothing more than a wooden hut with a covered veranda in front and a couple of gringo’s  playing chess.  Somehow, I was confusing my Danish opponent at the beginning of the game, as he kept proclaiming: " that’s an interesting move." He was a keen chess player and was very, very hard looking for patterns. Alas, I play as patternless chess as my grandmother bought shoes (sometimes too small, sometimes too big). I left him little time to remain confused, as my pattern is one of no pattern. I  think that design is somehow similar to playing chess, some see patterns while others can’t seem to find them, however hard they look.

The reason I bring this up, is that one of the award wining projects of The Great Indoors was won by Item Idem. The award went for their design of the Bernhard Willhelm flagship store in Tokyo for Bus Stop Co. The project seems to be following my chess playing pattern in their design. The jury’s report says absolutely nothing: " [the] interiors illustrate a refusal to acknowledge the existence of the immediate surroundings". (Could be said of any interior in Tokyo). I think Item Idem are trying to fabricate an anti-design, anti-pattern by creating a seemingly disorder while disorganizing the products within the space. (OK, that can be said about anything in Tokyo).

But hold on, the road here leads into two directions: a jury or a client reading something that I suspect was never intended in the first place by the one initiating it (but because the game did not have to be "played all the way" could get away with it.) And then there is the deliberate choice of selling shit as shit not unlike Piero Manzoni or Marcel Duchamp did. Nothing wrong with either approach. The video on You Tube reveals a lot of the Bernard Willem’s shopkeepers, the Japanese girls don’t understand questions in Japanese so they answer in English, but that does not matter.

The question really is whether Item Idem consciously tried to go patternless? (Let’s call it "The Guatamala Opening Move") Or is it the jury who has been lost in the game? Not unlike my Danish opponent who was completely at lost with my anarchistic chess moves? Will we ever know? My mind goes back to that game on the sunset drenched Guatamalan riverbed which, to my shame, lasted only 15 minutes or so. But imagine our boat had arrived 5 minutes in the game, today I might be a chess legacy in Denmark.

This is a picture on the front page of the Financial Times of last year. I think it is absolutely fantastic, the carpet, the painting on the wall, the sofa’s… 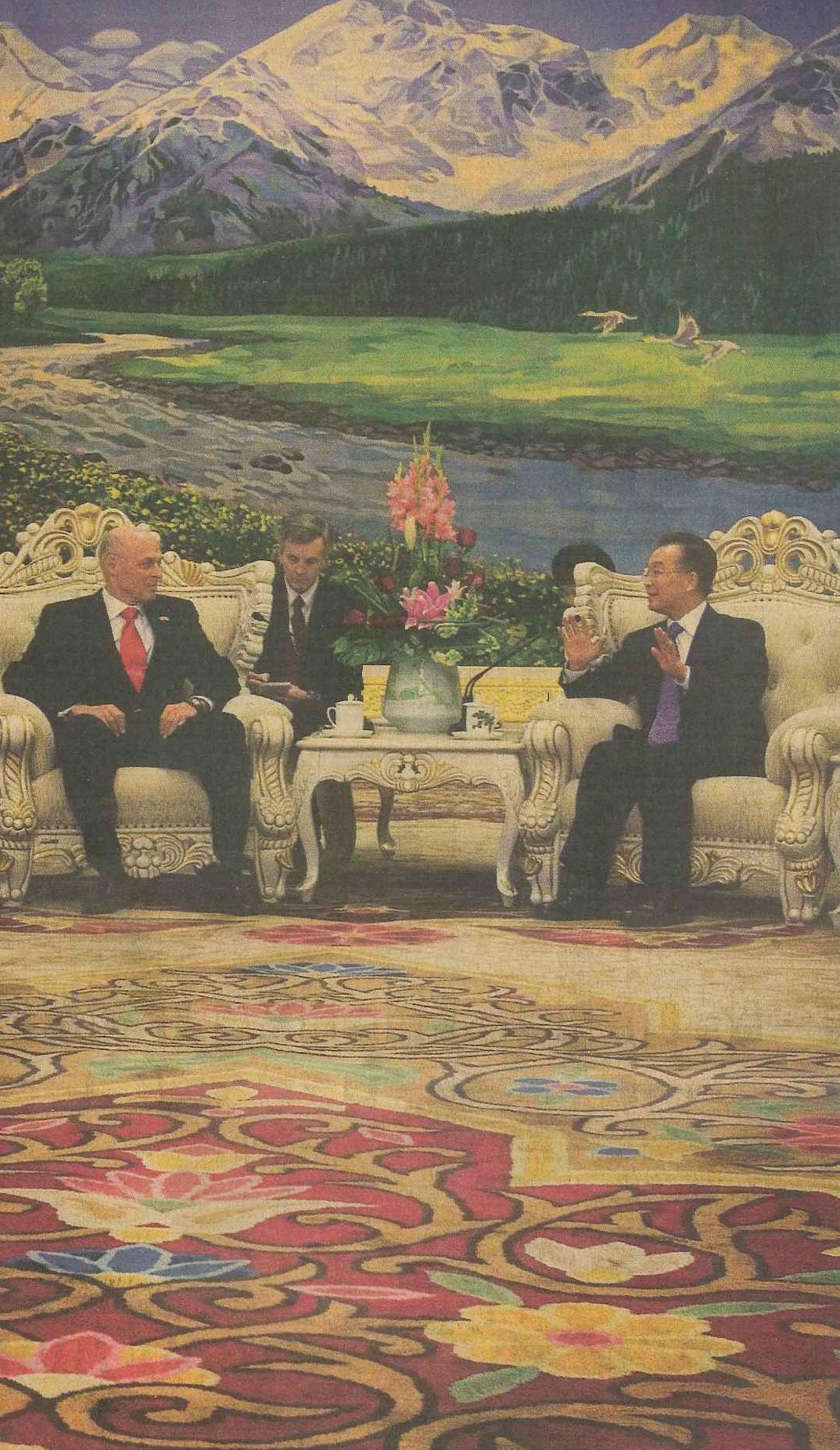